As often happens when people get together, they’re compelled to see which dog is better. Thus the birth of competitive field trials.

Not everyone has the time, money or desire to compete in field trials, but they sure do like to show off what their huntin’ dawgs can do! Thus the birth of the Hunting Retriever Club.

“Conceived by Hunters for Hunters” became the motto of the HRC. Judges strive to set up realistic hunting scenarios with duck calls and camo, real birds and handlers shooting shotguns (albeit with blanks).

Omar Driskill, Richard Walters and Bill Tarrant are some of the men instrumental in the founding of retriever hunt tests and the HRC.

I was lucky to be able to run my first HRC test under Omar and still have the ribbon he awarded my dog!

Watch the video to learn some history of retriever sports in general and the beginning of the Hunting Retriever Club in particular. I especially like the comment someone made about misnaming the Started stake. See if you can catch what he thought Started should have been called!

Wynk got to play on new grounds on Sunday where she earned her WC!

The Working Certificate test was hosted by the Labrador Retriever Club of Greater Denver.

Near Franktown, the property was nicely set up for retriever training and lots of people and dogs turned out for fresh air and some rather ‘moist’ skies!

The WC is a very basic retrieving test.

The judges have you bring your dog up, on leash, and then hold them by the collar while someone throws a duck. Release your dog and he brings the bird back to you.

Easy-peasy! Then you do the same thing on water, twice.

The test was originally designed for show dogs to prove they have the retrieving instinct, even if they never get to hunt.

For Wynk it was just another fun day because she’s already proven herself in the field.

She started off with one mark on land – near the top of a little hill – no problem. But there was something new, something she’d never seen before. A blind (camo fabric) out in the field, hiding people. ‘What’s that?,’ she asked. So she had to go take a peek and say hello to the bird boys. Then remembered she had to get her bird back to mom! Scooped it up as she ran back and delivered to hand. Land portion completed! 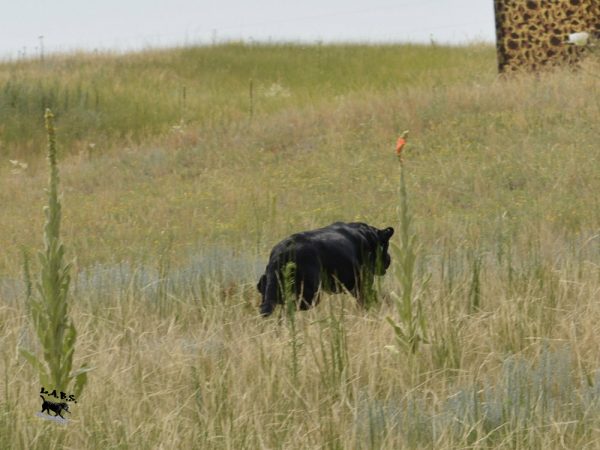 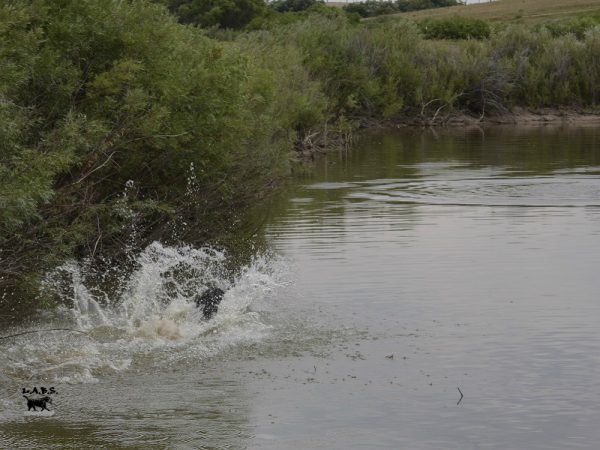 After a bit, we worked the water portion – back to back retrieves in a pond enclosed by tall reeds and other vegetation.

Another new experience for Wynk.

Out and back, delivered to hand for each mark, with her signature squeal as she left the line. Quite proud of my little Lab!

Thanks to Linda Alexander for the great photos!

We ran in the hunt test at Indian Meadows in Snyder, CO on May 5-6, 2018. Thanks to Platte Valley HRC for hosting the event!

Tisket only needed two passes to complete her Started Hunting Retriever (SHR) title, so she was entered both days.

The first land mark on Saturday was in fairly heavy cover and a bit shorter than what we’d practiced. Many dogs, including Tisket, overran the mark and had to work their way back, while honoring their noses. Tisket ran back and forth in the area where she thought the bird had dropped, in an effort to pick up the scent. You could tell when she did catch the scent because her nose looked like it had been snagged by a fish hook. 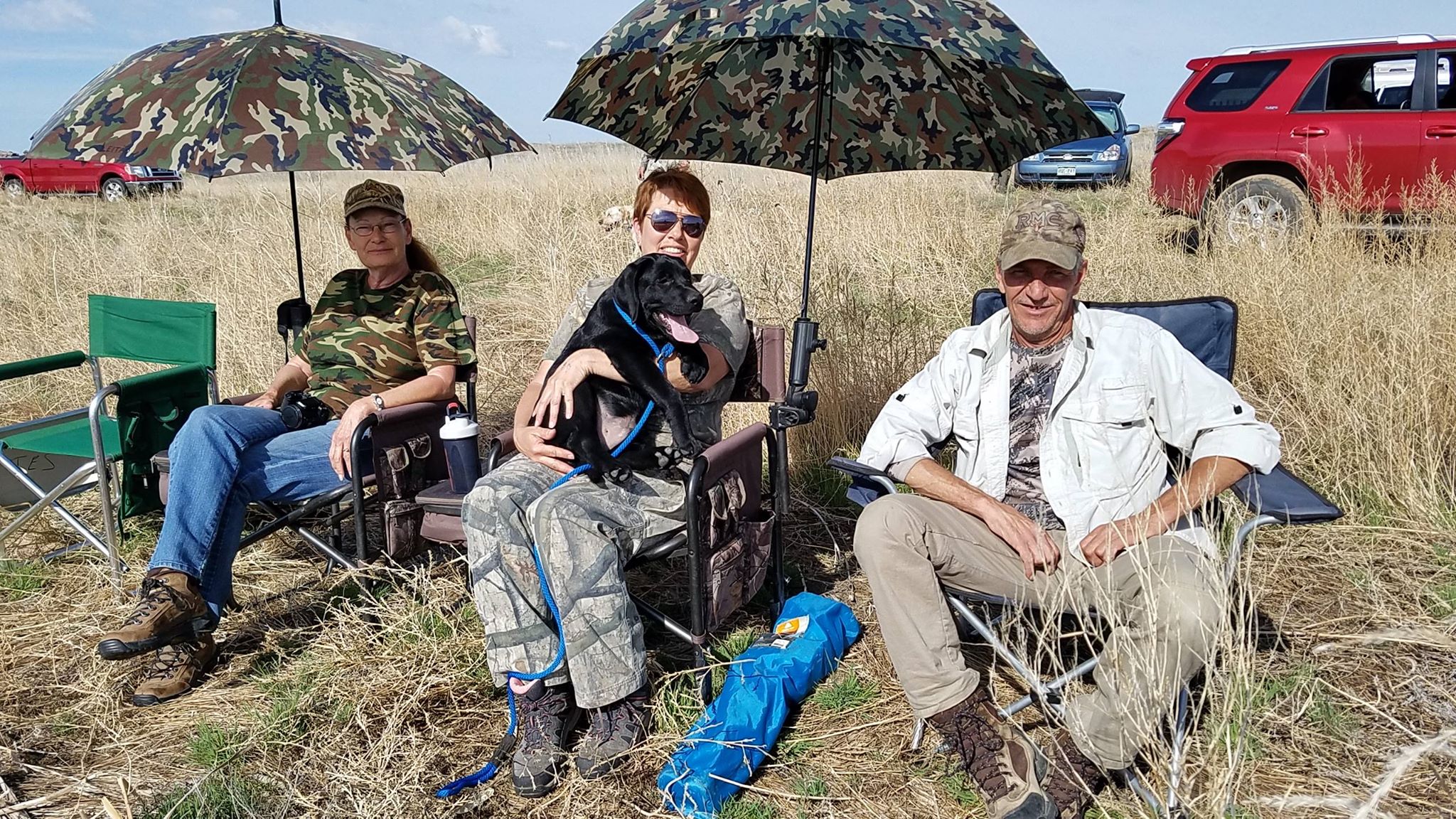 She ran straight to the second mark – “stepped on it” – and brought the bird back to me. The land marks were done, next up were the water marks! 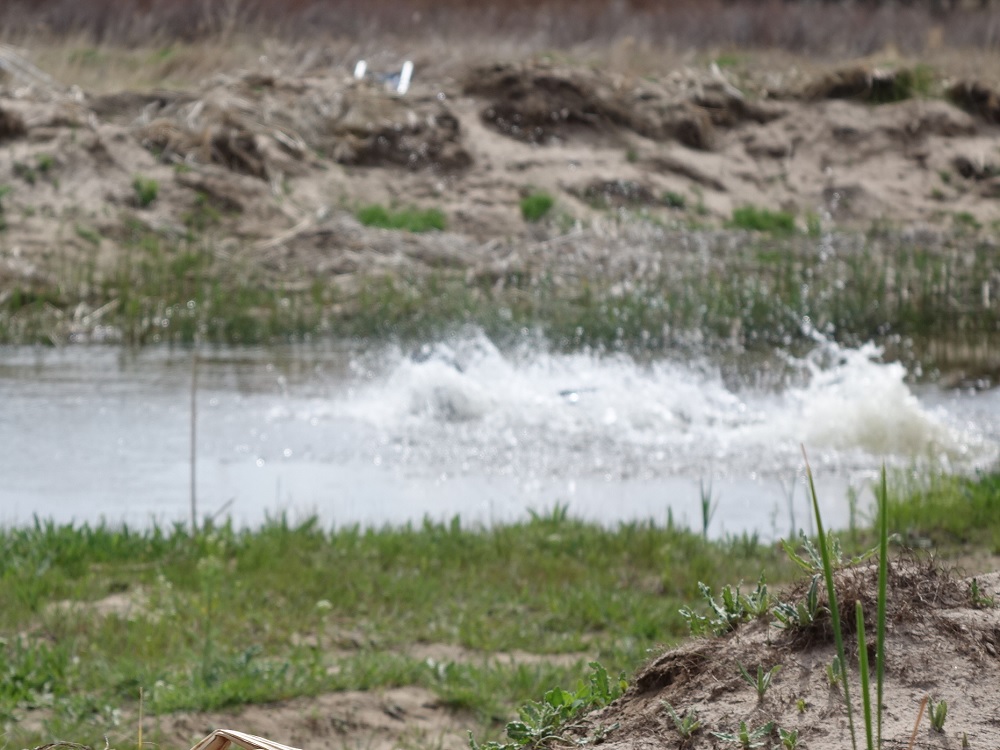 The water marks were set up at the end of a spit of land. The first mark was to the right and across a channel into a marshy area to give a slight splash when the birds landed. The second mark was to the left in open water on a good-sized pond.

Tisket did great on the first mark, except she had to check the decoys on the way back. She never dropped her bird, but had to bump each decoy with her nose to make sure it wasn’t real.

The open water swim was out and back, despite the slight chop due to the wind.

Another pass for Tisket!

On Sunday we started with the water marks and Tisket’s daughter, Wynk, got to run her first hunt test.

Both marks were across a channel – wider than yesterday’s location – and onto a sandy bank with sparse grass.

Tisket was out and back quickly on both birds. Very nice retrieves.

Wynk came out raring to go! There wasn’t room for a running start, but she leaped into the water with a big entry and picked up each bird in turn. No time wasted hunting around – she knew exactly where her birds were.

On to the land marks for both girls! 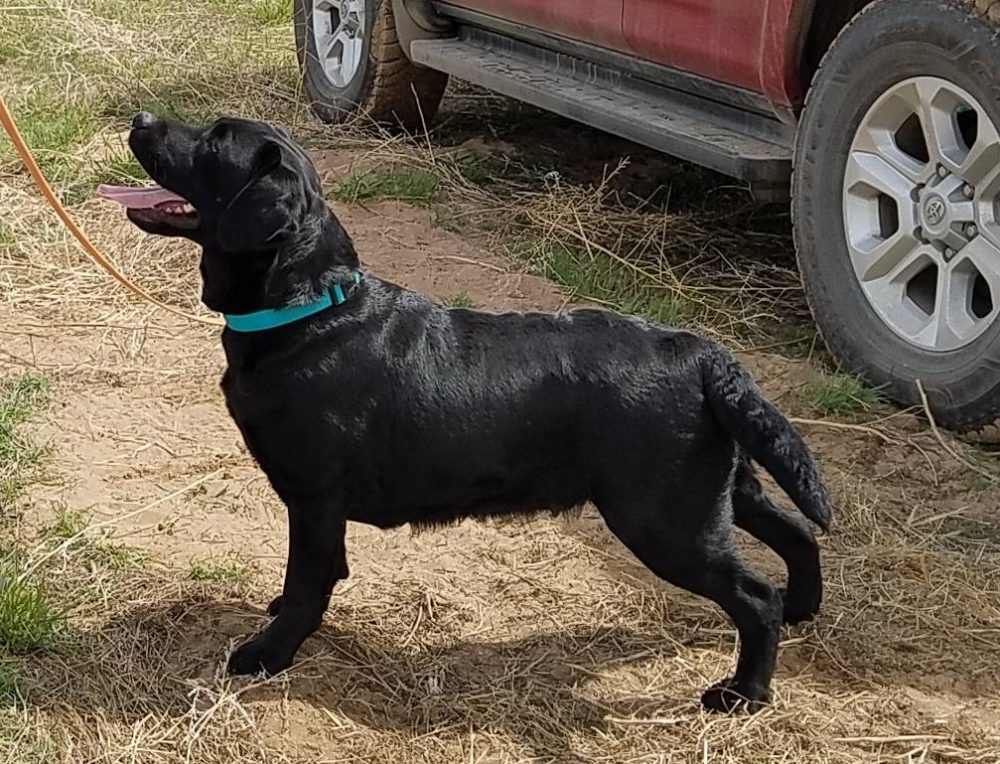 It was hot and starting to get muggy with a thunderstorm brewing to the west by the time we got the land series set up. Didn’t bother either girl in the least.

Tisket ran first again. Out, scoop up the bird and back in no time. The second bird landed in a little swale and she overran it by a yard or two, but turned quickly, scooped it up and back to me. No question that she picked up another pass and that was enough for her title!

Wynk came out raring to go again. Good, because I was wilting with the heat and humidity. Although she’s not very tall, she motored her way to each mark and surprised a few people with her speed. Out and back quickly on the first mark. Slide and turn as she tried to pick up the second bird without stopping. No question; she likes this game! 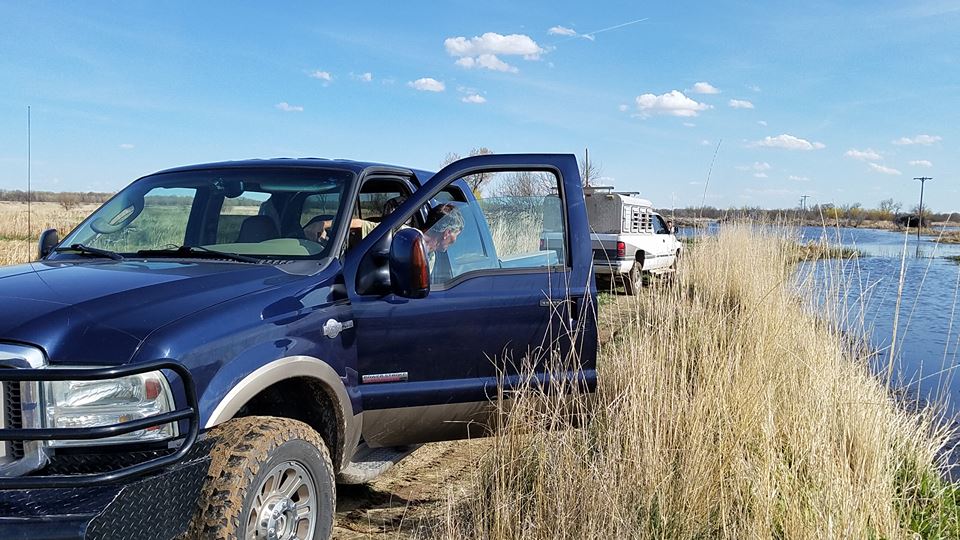 Tisket finished her title, Wynk got her first pass and my truck didn’t stay stuck for long!

I was cleaning house – having to move ribbons around to dust – and got reminiscing about everything Arwen has accomplished. I’m so proud of my girl! In between having three litters of beautiful puppies, she finished her Companion Dog obedience title; Junior and Senior Hunter field titles; Hunting Retriever and Hunting Retriever Champion field titles; Rally Novice, Rally Advanced, and Rally Excellent titles; a Canine Good Citizen Award and a Conformation Certificate.

Yes, we still have more to do – finish her Master Hunter title, earn at least one Tracking title, and she’s even dabbling in Agility. But even more important than all the initials around her name – she’s a champion snuggler!

Although a little belated, I want to give Chip a pat on the head via the Internet for completing 12 titles – obedience, rally, tracking and field.

He’s also working on some basic agility – I just need to work on keeping up with him.